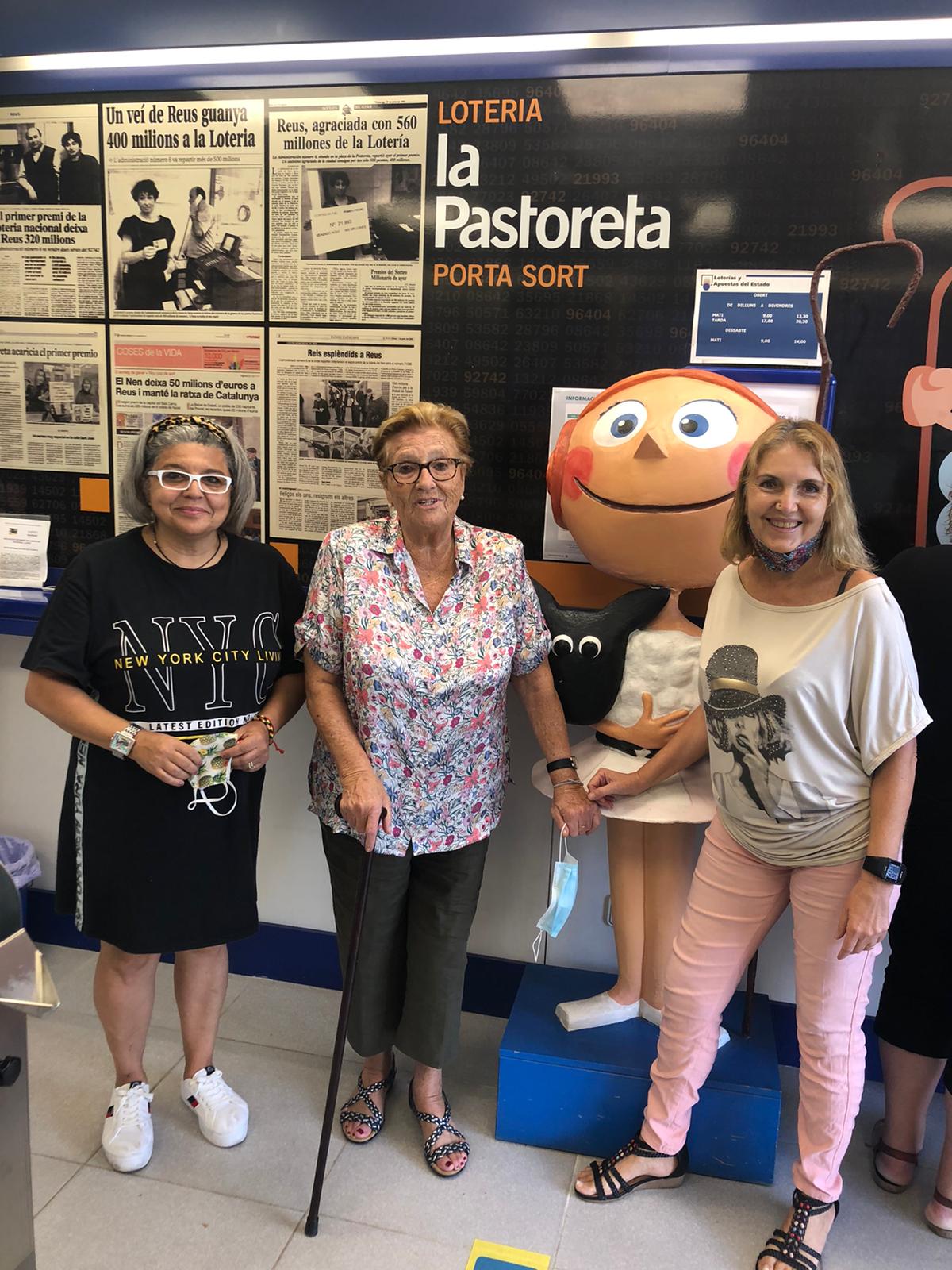 As every year she visited us again, to buy his Christmas Lottery.

In the 1960s, she served as a model for the great sculptor Joan Rebull to make the statue that commemorates the legend of La Pastoreta.

At the end of the 15th century, the Virgin of “Misericordia” appeared to Isabel Besora, better known as La Pastoreta. The virgin told him what they had to do to end the plague, which was currently ravaging the area.

At first no one believed the shepherd girl. Saddened, she returned to the place of the apparition, and again the Virgin appeared and, after kissing La Pastoreta, left a marked rose on her cheek. The citizens of Reus this time did believe it, they lit the candle as La Pastoreta had told them, and the plague disappeared.